VR Sani-Co one of Kent’s leading washroom service companies has, over the last 20 years of business supported many different charities. However 2 years ago VR decided they wanted to concentrate on one particular charity. They came across Jo’s Trust a well established cervical cancer charity. The charity suited well with the business 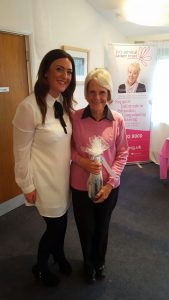 VR held their first “event” for the charity last year – a golf day raising just over £1000 for the charity. The event was such a success that VR decided to hold another one this year. With VR being able to, not only raise funds but also awareness for cervical cancer by having stickers on the sanitary bins reminding ladies to have their smear tests. 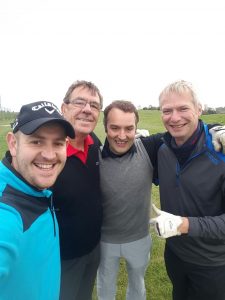 On a lovely sunny day 48 golfers joined members of the VR team for a fantastic day. The day included 2 rounds of golf, bacon butties, a putting competition, beat the Lady Pro, lunch and an amazing raffle. Raffle prizes were donated by a huge number of local independent businesses and bigger businesses such as Leed’s Castle in Maidstone and Kent Cricket Club in Canterbury.

The day was a huge success! Everyone was so generous and the Golf Club were yet again fantastic, supportive hosts.

All in all VR Sani-Co Ltd raised nearly £1600 for Jo’s Trust. We are all so proud of this achievement and look forward to next year to see if we can beat the amount raised again. 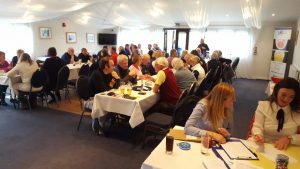 A huge thank you for all the attended and took part in the day. Without all the attendees, donators and the hard work by many people it wouldn’t have been such a success!